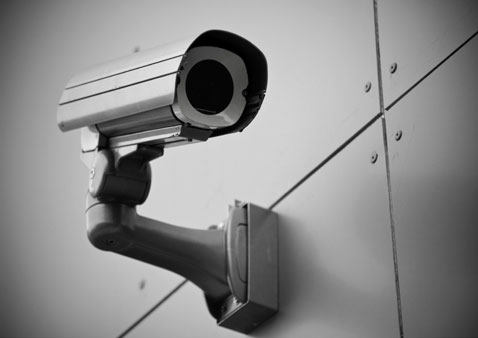 Always good to have feedback on articles and the comments on the article on clock-changing on CCTV systems raised a few. Yes there are many automated systems out there which we pay for to keep the time accurate and up-to-date. Unfortunately, for many different reasons the reality is not always so positive and CameraWatch has seen too many CCTV systems which have inaccurate times even though a third-party time accuracy system is deployed. And has often been the case – it is not discovered through regular checks but when CameraWatch carried out a compliance assessment.

The one word which we steer clear of is the word “assume” and that most certainly goes for the time element. Basically, who in the organisation is allocated with the responsibility of checking that what you are paying for is correct and that the time is accurate? There is a requirement by law to make sure that it is accurate. There is a requirement on the Data Controller for the CCTV system. If something is wrong it won’t be the time-clock company that gets a bashing in the media – will it?

And talking of “assume” – there is a major assumption that most, if not all, local authority CCTV systems are highly organised and that they are fully compliant with the data protection act. Well in reality there are far, far too many local authority-run CCTV systems that do not comply. Indeed there is a frightening variation of compliance throughout these systems the width and breadth of the UK. Yes there are some much better than others. And there are some who are very good. And many that are not.

But this wholesale assumption that because it is a public space system or because it is local authority or an ‘arms-length’ council company then everything is done correctly and legally – well sorry it just isn’t accurate. And that’s why we get so many media stories of spying or misuse or inaccuracy or any of the many negative column inches that the media put out about CCTV. We need to put the house in order in order to stop these stories.

And that legality comes by complying with data protection legislation since the images being captured are people’s personal data.

As with other means of collecting and storing personal data, the CCTV system must comply with what are called ‘Eight Principles” of the UK Data Protection Act.

And just for ease to save looking them all up, Principle 4 states that Personal data shall be accurate and, where necessary, kept up to date.
The capture, storage and presentation of CCTV images with incorrect time recording hardly falls into the ‘accurate’ category. Does it?

And so the message is that it is very simple to get it right. To take the responsibility. To have the confidence that everything is accurate. So check the clock. Regularly. Not just twice a year. Not just every month. It should be an integral part of the smooth running of the system.

And as I keep saying – if you can be shown to not get a simple thing like the time correct on a CCTV system – then what other less simple things might be going wrong with the system?

CCTV is a wonderful tool – when it is managed correctly and legally.